A family friendly board game that gives a spin on the classic alien-cownapping tale. Aliens who have crash landed on Earth find themselves in a need of organic material to power their tools to fix their ships, and fortunately they’ve landed in a field of cows! Of course, the farmer isn’t pleased about the aliens “borrowing” his cattle. The aliens must dodge the farmer while racing to be the first to gather 10 cows and escape. The players must guide the aliens through the farm, collecting cows and returning them to their own ships. The farm is a set of tiles, initially upside down, which are revealed as the players progress. 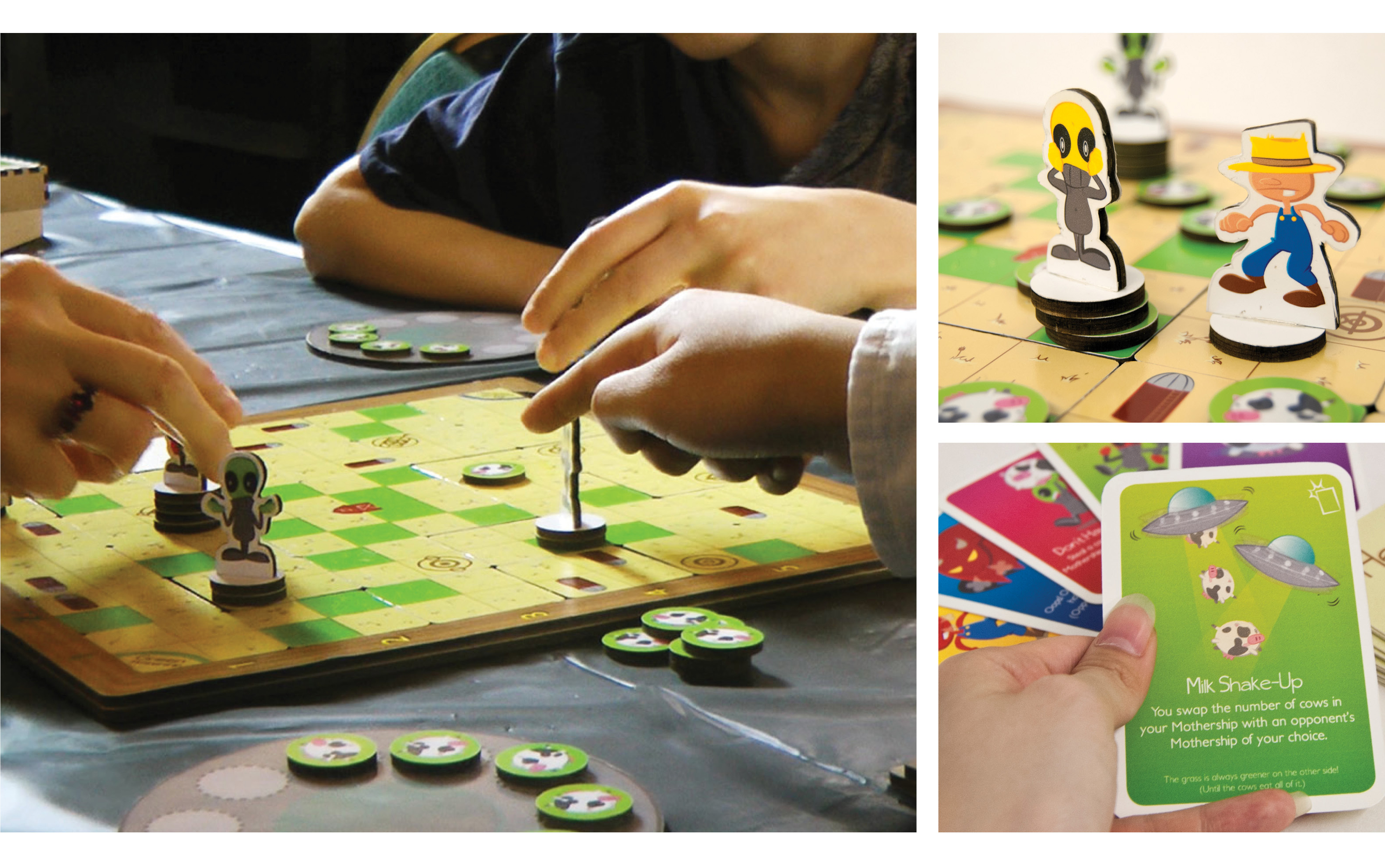 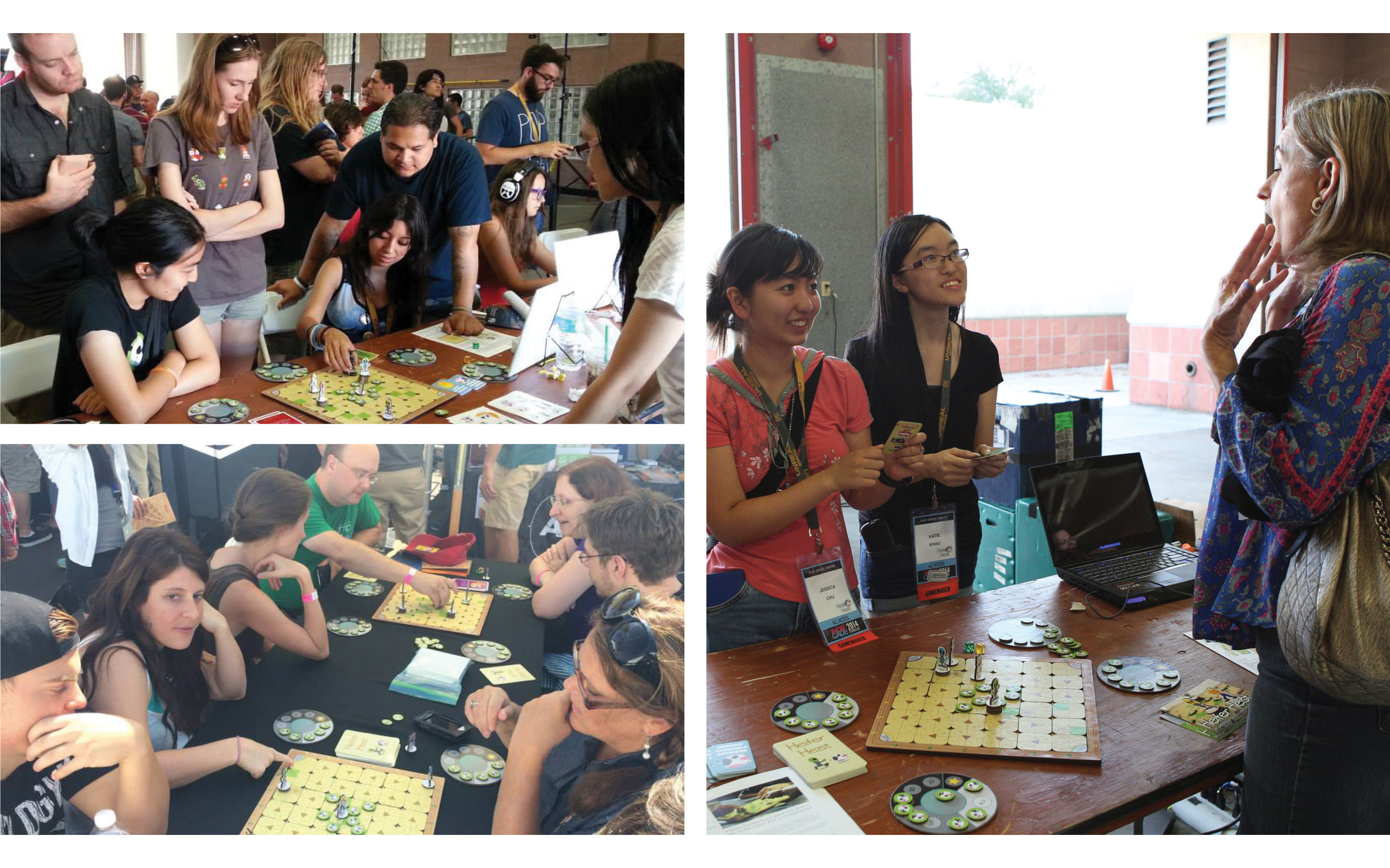 In Total Party Wipeout, you are a team of novice adventurers on a quest to gather loot and slay the evil dragon in the cave! But the dungeon twists and turns beneath you and you are hopelessly lost! Pick up new party members along the way! Upgrade your party members as you wander the cave, picking up treasure and seeking out the dragon! The first player’s team to defeat the dragon emerges from the cave, victorious! But watch out for monsters guarding the loot – lose your entire party, and you’ll face a TOTAL PARTY WIPEOUT! 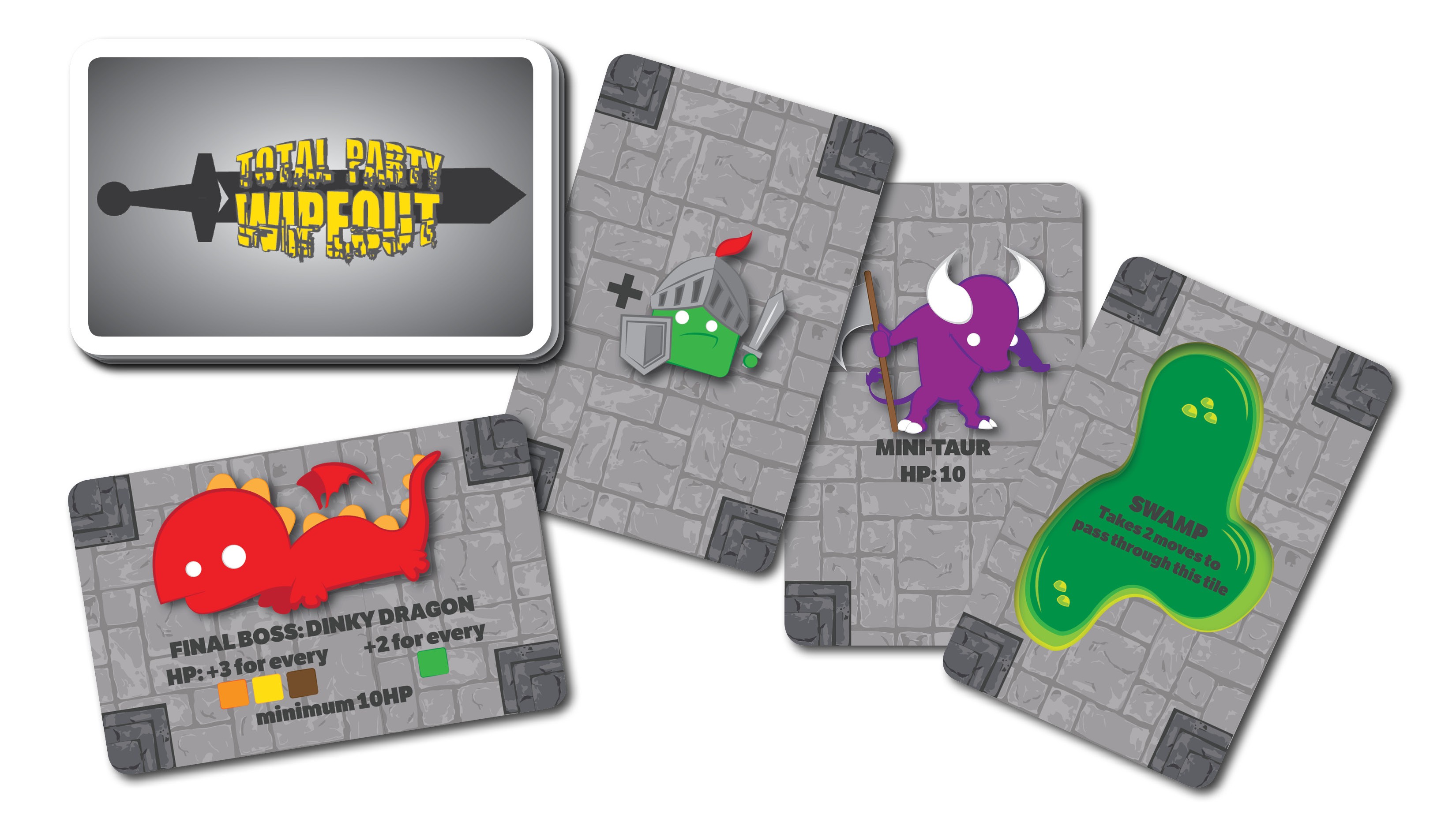 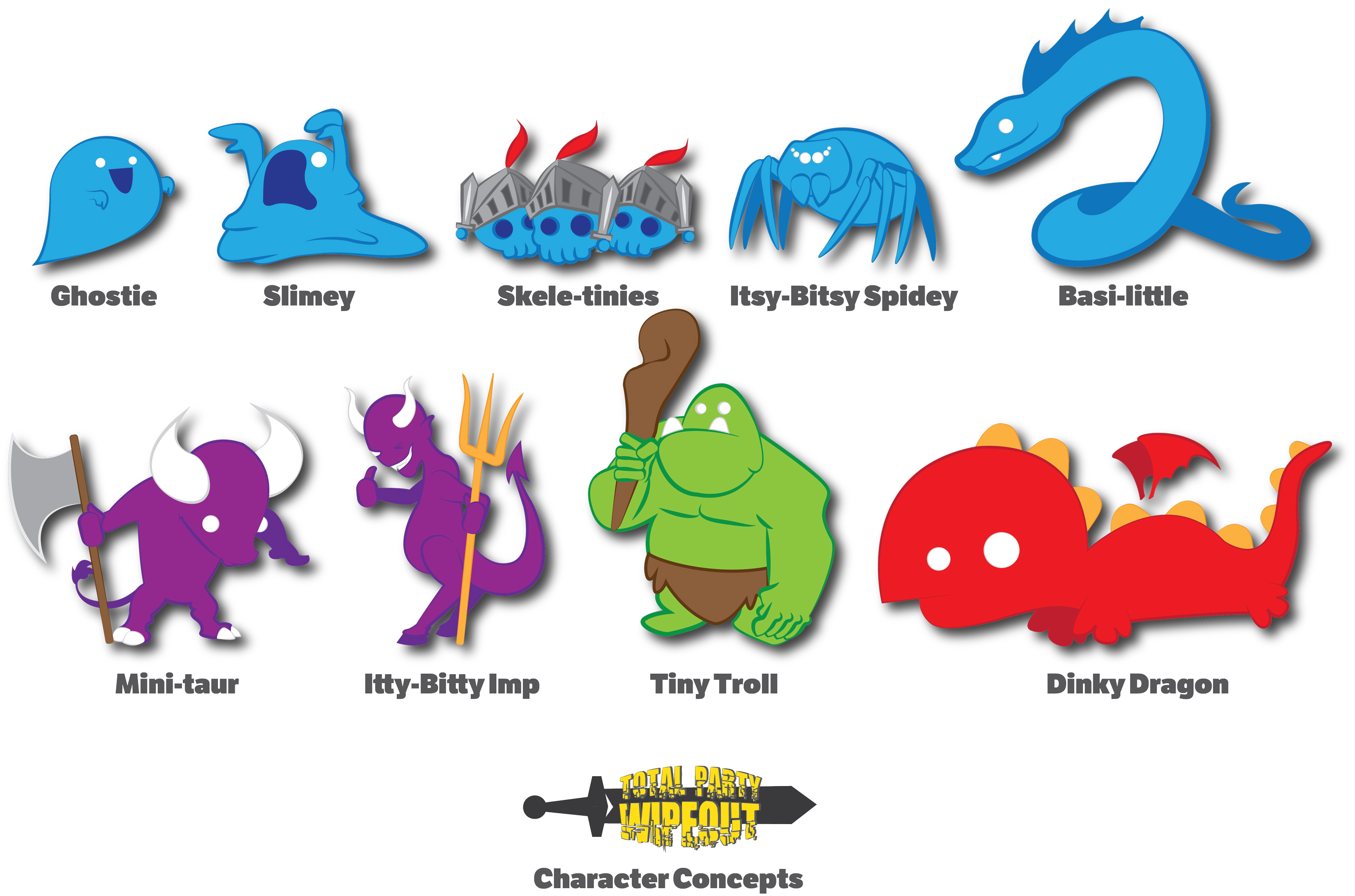 In Windup Warfare, you are a General leading your army of toy soldiers to victory! Draft your forces from soldiers, tanks, and helicopters, and wind up their actions before sending them off to battle! All Units fire at once, so arrange your orders wisely! Outlast your opponents and be the last one standing in WINDUP WARFARE! 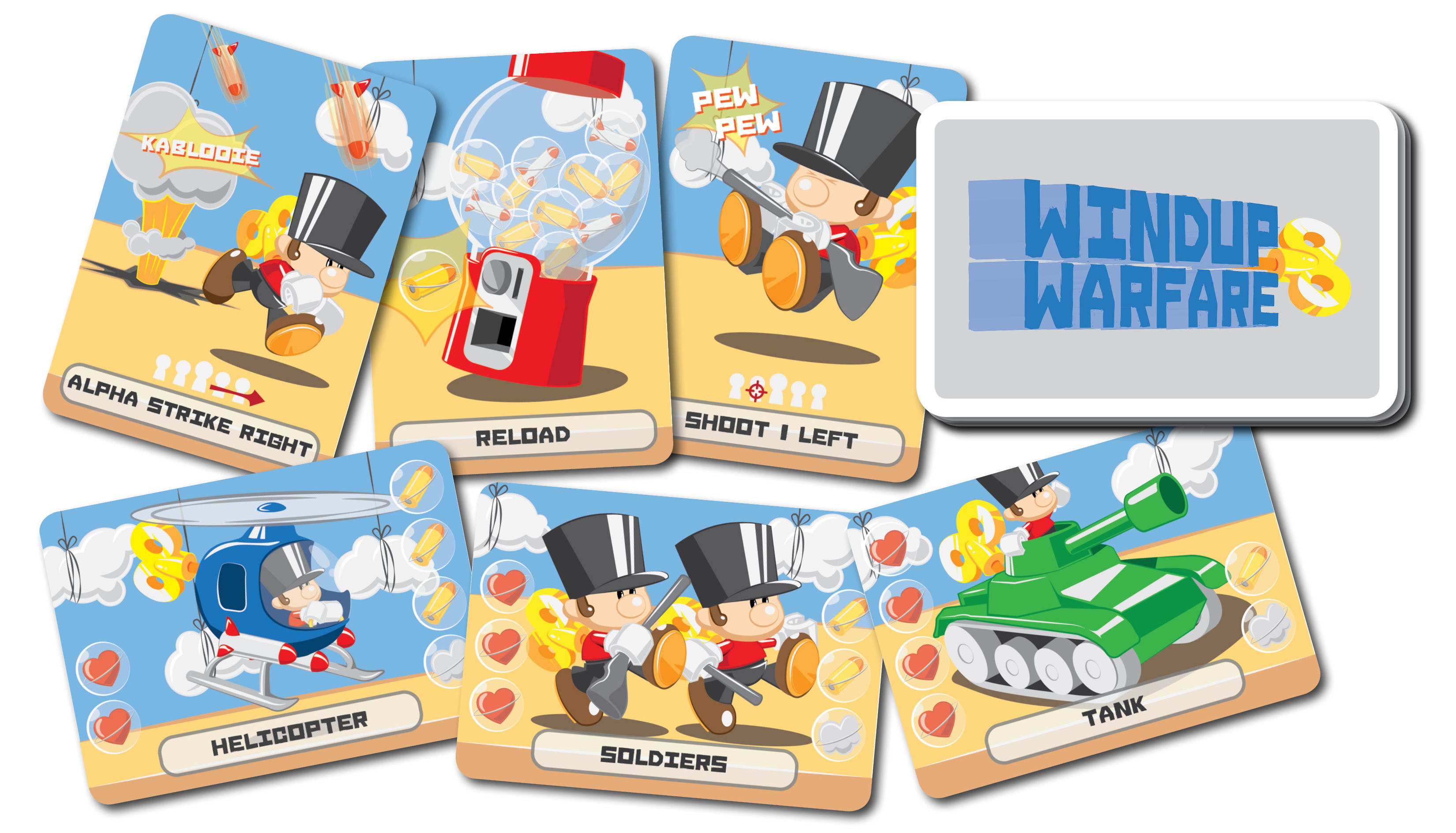